in 2009, Lisa and Joanna were on a journey of self-exploration. Barely out of their teens and intensely vulnerable, on the cusp of a new era in their lives. Being together risked their safety and security in their known environment. Yet they were hopeful, excited and in love.

Ten years later, and married for eight years, they came forward with some realizations after reading the Franklin Veaux suvivor pod's first Medium post. Lisa and Joanna's story is not one of abuse. But for me, their account is one of two innocent and open-hearted young women, whom Veaux—who was at that time aged 43––was perfectly willing to exploit. Among other things, it indicates an utter disregard for the siginifcant age differential between them, as testified to by Amber and Lauren, who were both twelve years Veaux's junior.

However, there's no record in Veaux's LiveJournal which gives his account of their stay, so the events themselves are only known to those who were present. Support exists of Lisa & Joanna's testimony, though, from several sources. Not only do we have the other independently reported stories that show similar patterns, but there is also a thread running through several of Veaux's LiveJournal posts of his preference for "girl on girl" or "hot lesbian" action.

You know, even as jaded as I am, there's something about the girl-on-girl thing that just gets me where I live. Which puts me, I think, pretty solidly in the majority; I don't think you can ask for a more typical "guy thing" than that. [...]  It just grabs us by the back part of the brain--the part that knows nothing of reason--and says "Hey! Hot girl on girl action! Gimmee some of that!"

He refers to his preference multiple times throughout his work:

"I got completely blitzed and was given alcohol and massages from cute lesbian chicks.

Elaine's testimony also shows that he encourages his partners to experiment with this configuration, even when they're not completely comfortable with it.

During the first encounter with Lisa & Joanna, he tried persistently to take them out to a lesbian bar, and proffered alcohol even though they were underage. He showed Joanna pictures of Amy. In an email to me afterwards, Joanna wrote,

"They were naked pictures of Amy, and she was in bondage in some of them. I don't remember why he began showing me the pictures or what brought it up, and he said he thought I would make a good model for his work, too. Looking back, I feel shocked that he would have shown me pictures like that when we first met him."Joanna's email July 24, 2019

During the second meeting three months later, he christened them his "pet lesbians" in a tweet.

In their initial contact email to the survivor pod, Joanna describes how the third meeting was set up:

"In Spring of 2010, he invited us to join him at Frolicon in Atlanta. It was a two hour drive away from our university, and he said we could stay in his hotel room with him and his long distance sweetie, Sylvia. He snuck us into the hotel (we didn't pay and had no badge), and we dodged security and barriers to get in. We were pampered with love and adoration by Franklin and those there with him. Joanna's email testimony, Feb 11, 2019

But in the absence of any other sleeping arrangements, Veaux offered to share his bed with them. Although nothing happened, Joanna recalls,

"...that was the time that I distinctly remember having a sense of….this man who is not much younger than my father definitely would be interested in more from me than I'm ever willing to give. It's like, this isn't just a cutesy "pet lesbian" thing.Joanna's audio testimony 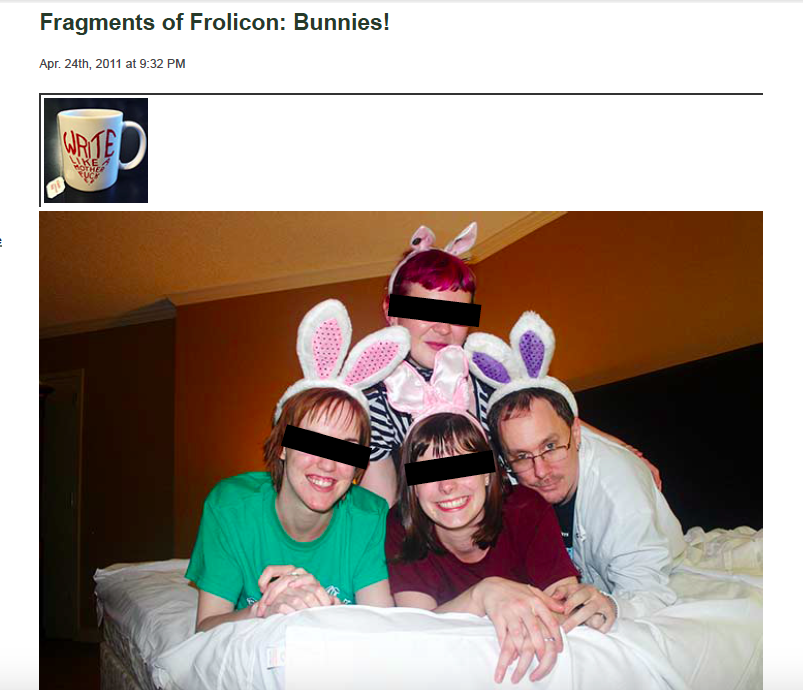 Figure x: Franklin Veaux with his "pet lesbians" at Frolicon, 2011

They were both uncomfortable enough with the situation that they moved to sleep in chairs.

Of course, prior experience frames perception, so I can't assume Veaux's feelings towards them, but a journal entry made in 2010 during his trip around Europe seems to confirm that Joanna, who is red-headed, wasn't mistaken in her perception that Veaux was sexually attracted to her:

"Urban decay is my Kryptonite. Well, that and redheaded lesbians." - Adventures in Europe, Chapter 17, November 17, 2010

...and which echoes the hashtag #kryptonite from that first tweet, which now does read as an expression of sexual interest.

this story is about a few situations which could have gone disastrously wrong under slightly different circumstances.

Thankfully, then, their account shows less harm than has been documented in other testimonies. Yet the red flags from Lisa and Joanna's account also serve to corroborate other women's stories. I've noted three:

"...that was the time that I distinctly remember having a sense of….this man who is not much younger than my father definitely would be interested in more from me than I'm ever willing to give. It's like, this isn't just a cutesy 'pet lesbian' thing."

"...'I'm turning someone down. And they're not giving up.' Yeah, just that like, I don't know, like, what you hear now of women in bars, just being like, 'Oh no I've got a boyfriend!' Even though they don't. Have just that like, 'No I have to come up with a reason why I don’t want to go. "No" isn't enough.'"

in a WhatsApp chat after our discussion was over, Lisa sent me a note which, with permission, I'm sharing here:

"As we were processing last night, it came up that something we've known for awhile is that Joanna has had hangups and reservations about kink, and that it's actually likely that some of that traces back to the fact that the respected name in the kink and poly worlds, who we learned from, was also someone we did not feel completely safe and comfortable with.

And she said that she feels a little bit of freedom from those hangups, having put those pieces together and knowing the bigger story."Lisa, Whatsapp chat,  Feburary 13, 2019 This story, at least, has a happy ending. But it reiterates Amber's testimony:

This is now three women who have reported this particular form of fallout from their encounters with Veaux.